“The voice of the Greek soprano Christina Poulitsi has body, and she is remarkable in coloratura, hitting the top notes without any problem…she married command of the tessitura with an unusual opulence of voice that caught the resonance of the acoustic thrillingly”.

Praised for her crystal clear coloraturas, high notes, fresh timbre and warm lyric color, Christina Poulitsi has already established herself in some of the most prestigious opera houses today.

Although she is acclaimed as “one of the best interpreters of the role of the Queen of the Night ”, her collaboration with conductors such as Mo Zubin Mehta and Mo Gianandrea Noseda have broaden her repertoire with roles like Gilda, Lucia di Lammermoor, Konstanze, Violetta Valery, Massenet’s Manon etc.

In current season Mrs Poulitsi after the end of her maternity leave will make her house debut at the Opera House in Zurich as Queen of the Night and will participate in concerts with the Johann Strauss Ensemble. Her first official recording of Carmina Burana under the baton of Mo Gianandrea Noseda with the London Symphony Orchestra , which was originally postponed due to Covid-19, will take place in June 2024 , whereas in October 2023 will debut the role of Elvira in Puritani.

Moments , where Mrs Poulitsi has shined through the years are her debut as Violetta Valery at the State Opera of Hamburg, as Lucia in Katie Mitchell’s production, Gilda in Florence under the baton of Mo Zubin Mehta, Amina in Bellini’s La Sonnambula in the production of Arturo Marelli, her appearances as  Queen of the Night at the Royal Opera House in London, Manon (Massenet) at the Greek National Opera, Pamyra in Rossini’s “Le Siege de Corinthe” , Contessa di Folleville at the Rossini Opera Festival, Stravinsky’s Rossignol at the Stresa Festival under the baton of Mo Gianandrea Noseda , her concerts with the Israel Philharmonic Orchestra , Gilda at the New Production of Katerina Evangellatos
at the ancient open-air theatre Herodes Atticus in Athens etc.

Mrs Poulitsi has also performed under the baton of Christian Thielemann, Michele Mariotti, Alberto Zedda and has worked with directors such as Barry Kosky, Roberto Abbado, Katie Mitchell etc.

As a scholar of the “Maria Callas” foundation and “Alexandra Trianti” scholarships, she studied at the Berlin University of Arts with soprano KS Brigitte Eisenfeld and KS Dagmar Schellenberger . In 2014, she was named the best newartist by the Union of Greek Critics of Drama and Music for her performance as Gilda in Rigoletto at the Greek National Opera. Previously, she won the 1st Prize at the International “Nico Dostal” Competition in Vienna. 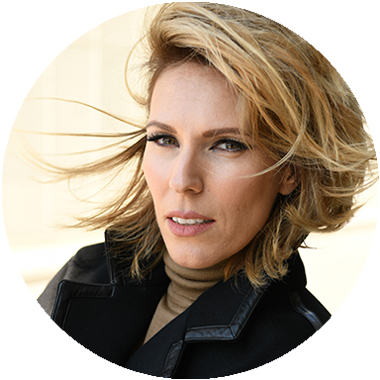